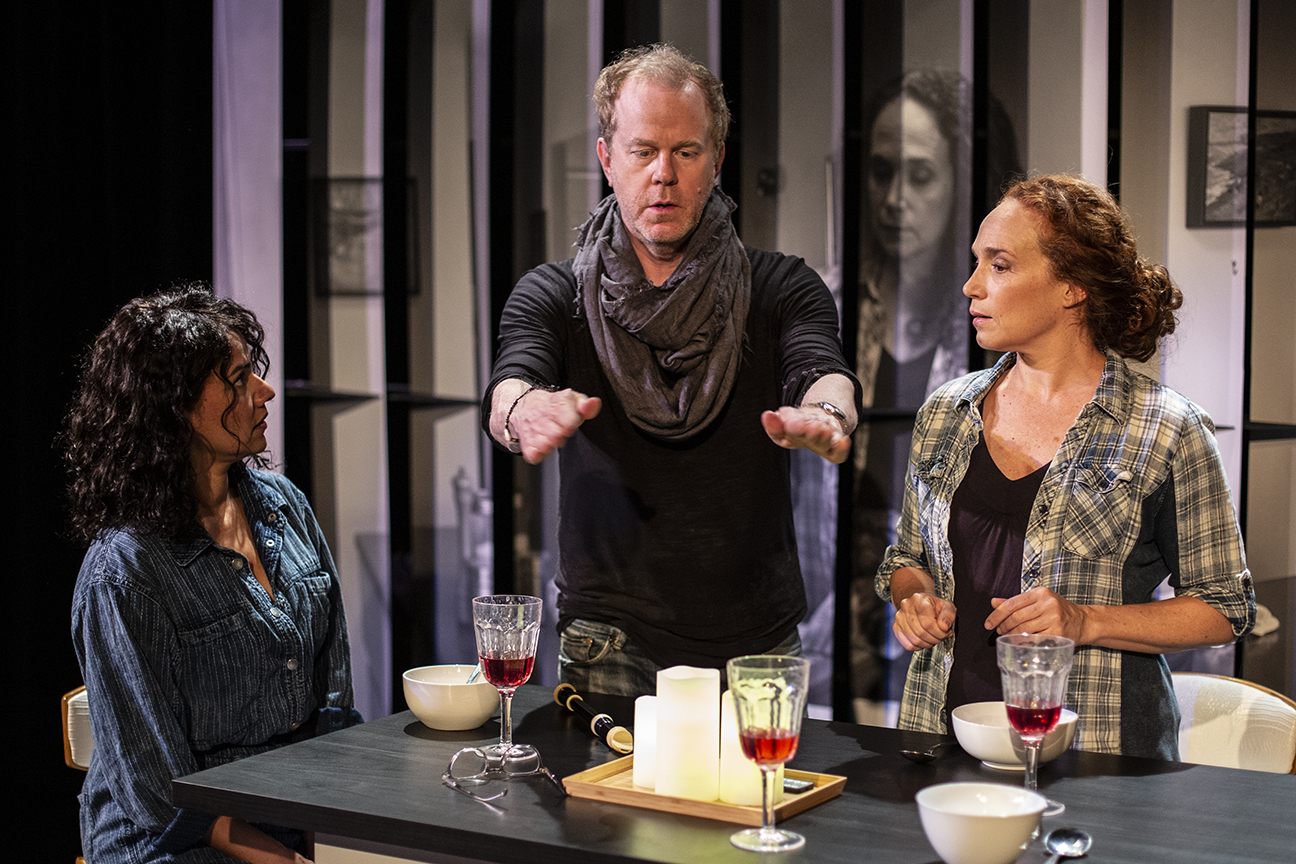 Stay tuned for our next show, Actually, playing this Spring.

” Mitch and Murray Productions strikes again with the thought-provoking, smart, relevant and very funny Body Awareness. For whom do women make themselves beautiful? And who defines beauty? Under Aaron Craven’s excellent direction, Body Awareness got me thinking about it all over again. I respect a theatre company that consistently recharges my batteries.” – Jo Ledingham, Theatre Critic, joledingham.ca.

“Don’t miss this little gem of a one act comedy. A gently mocking script, strong performances by an evenly matched cast and a clever elegant set make for an engaging show.” – Gillian Lockitch, Theatre Critic, Review From The House.

“Some compelling questions are being asked in Body Awareness…Zac Scott is almost unrecognizable. Both physically and emotionally, Scott has captured the essence of this young man on the autism spectrum…David Roberts has created a stunner set design with giant louvred photographs defining the two play spaces. It is beautifully lit by Celeste English.” – Mark Robins, Theatre Critic, Vancouver Presents.