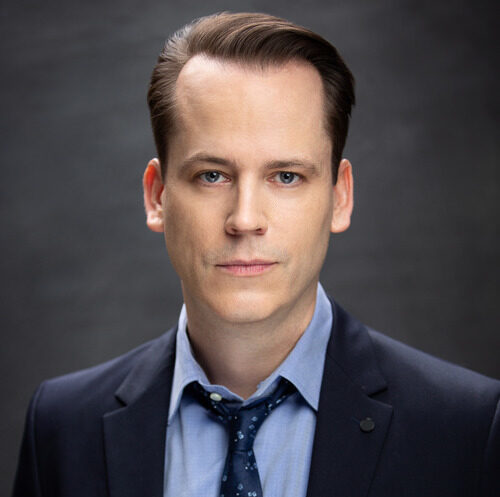 Aaron has also been a busy screen actor in Canada and the USA for two decades. TV credits include recurring roles on iZombie, Travelers, The Bletchley Circle: San Francisco, Somewhere Between, Ties That Bind and Gracepoint. Features include The Dresden Sun, Tim Burton’s Big Eyes, The Predator, The Age of Adaline, and The Atticus Institute. He’s also directed several short films which have played in festivals worldwide.

As a writer, Aaron is developing his first full length play, Instantaneous Blue as well as a TV pilot. He also coaches actors at The Working Actors Gym, the training wing of Mitch and Murray Productions.

Jennifer Copping is a multiple nominee and winner of awards for her work as an actress over her 30 year plus career. Her passion for performing began at a very young age and she has continued to study and hone her craft as an actor ,director , teacher , mentor and theatre creator. Some career highlights are:

For the Arts Club: Reflections On Crooked Walking ( Debut ,1987);  The Curious Incident Of The Dog In The Night Time; The Day Before Christmas ; Godspell ; White Christmas ; Funny Girl

Other: Best Actress Leo Award for Becoming Redwood. Instructor  for the Langara College Film Arts Dept. Jennifer has directed many plays and musicals over the past 15 years . Most recently City Of Angels and Good People. Her proudest accomplishments are her 20 year marriage and  two beautiful boys. 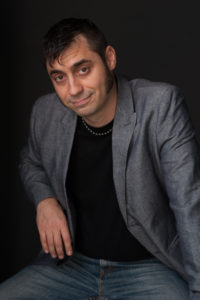 As Artistic Associate for the Globe Theatre (Regina), he directed David Greig’s Midsummer and programmed a season of new work in their Sandbox Series. Michael has worked as an actor across North America and the UK, having received the 2004 CAEA Emerging Artist Award. Assistant Directing credits include working with Robert Wilson on La Traviata (Landestheater Linz, Austria), Robert Lepage on Quills (Ex Machina, Quebec) and most recently Damaso Rodriguez on Romeo and Juliet at the Oregon Shakespeare Festival. Michael received his MFA in Directing in 2016 from Columbia University, where he was the Faculty Assistant to Anne Bogart.

David is a Vancouver based director, actor and playwright. Film/TV credits include Project Blue Book, Cedar Cove, Radio Hype, The Layover, The Watchmen, Scary Movie 4 and Are We There Yet?

For Mitch and Murray Productions he has directed the plays Smart People, Speed-the-Plow, Becky Shaw, Lungs and Race. He has also directed One Man 2 Guvnors, Boeing Boeing, Venus in Fur and The Importance of Being Earnest at the Arts Club, The Government Inspector at Studio 58, and The Crucible at Temple University in Philadelphia.

He has worked extensively at Bard on the Beach as a director and actor is one of the original performers and co-creators of Axis Theatre’s The Number 14.   David graduated in 2011 with an MFA in Directing at Temple University in Philadelphia.