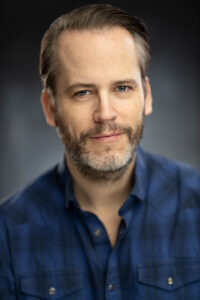 Aaron is the founder and artistic director of Mitch and Murray Productions. A graduate of the University of British Columbia, Aaron has been a busy screen actor in Canada and the USA for two decades. TV credits include recurring roles on iZombie, Travelers, The Bletchley Circle: San Francisco, Somewhere Between, Ties That Bind and Gracepoint. Features include The Dresden Sun, Tim Burton’s Big Eyes, The Predator, The Age of Adaline, and The Atticus Institute. He’s also directed several short films which have played in festivals worldwide.

Stage credits for Mitch and Murray Productions include:  Snowflake, Lungs, Smart People, Detroit, Speed-the-Plow, Becky Shaw, Race and Fifty Words (acting) and Body Awareness, Sex With Strangers and Rapture, Blister, Burn (directing).  Other credits include Gaslight at the Hudson Theatre in Los Angeles and Wilde Shorts at Chemainus Theatre. As a writer, Aaron is developing his first full length play, Instantaneous Blue as well as a TV pilot.

His experience in all these disciplines informs Aaron’s approach as an acting coach. He brings a precision of direction and a keen eye for performance, script analysis and creative possibilities to his dynamic classes at The Working Actors Gym. 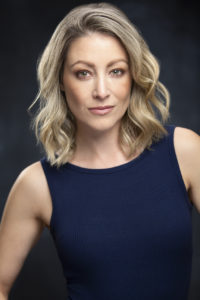 Kate was born in Sydney, Australia. After leaving a career in law, Kate decided to pursue her love of the arts, enrolling in acting school and dedicating her time and energy to perfecting her craft. In Australia, she produced over 50 professional music videos and TV commercials, before relocating to Vancouver.

Film/TV credits include Family Law, The Good Doctor, Loudermilk, When Calls the Heart, The Bad Seed, Murder She Baked, A Heavenly Christmas, Beaches, Nutshells, Motive, Cedar Cove, In the End, plus a string of music videos and commercials. Some theatre credits include The Money Shot (MPD) Bull (Made it Ma Productions), Here to Eternity (Emmett Company), Chicago & Les Miserables (NTC), Othello, Oliver Twist & All At Once (STS).