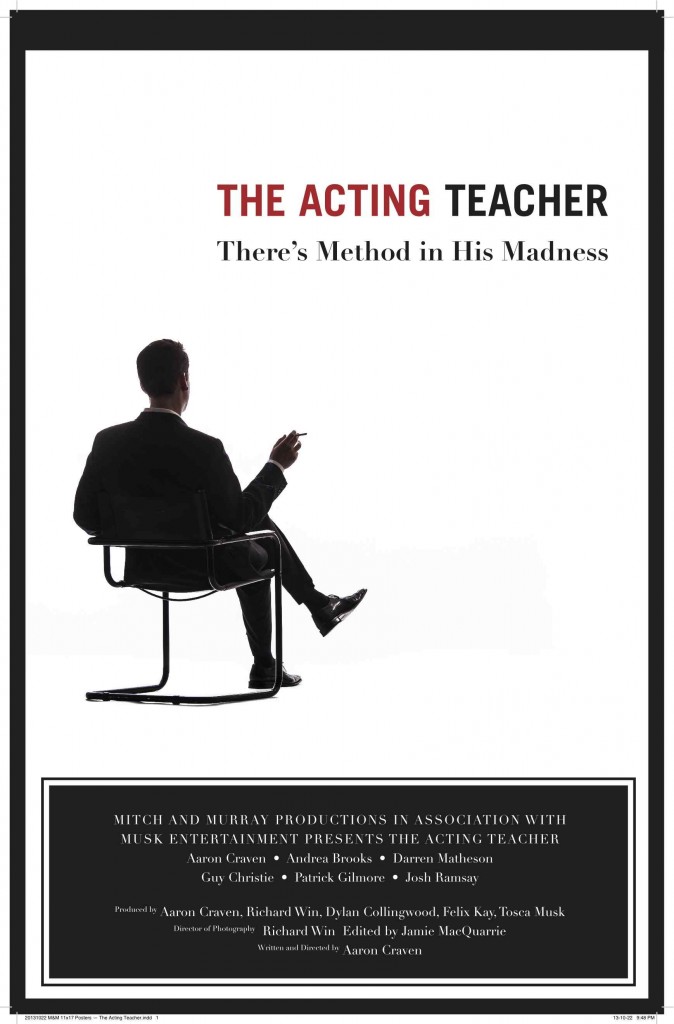 A satirical look at the world of acting classes, “THE ACTING TEACHER” was written and directed by Aaron Craven and features a cameo from Marianas Trench lead singer Josh Ramsay as well as several high profile Canadian actors.  *A selection for the 2014 Vancouver International Film Festival.

The Masculine Mystique – a short film shot on location at The Astoria Hotel; Vancouver, BC.