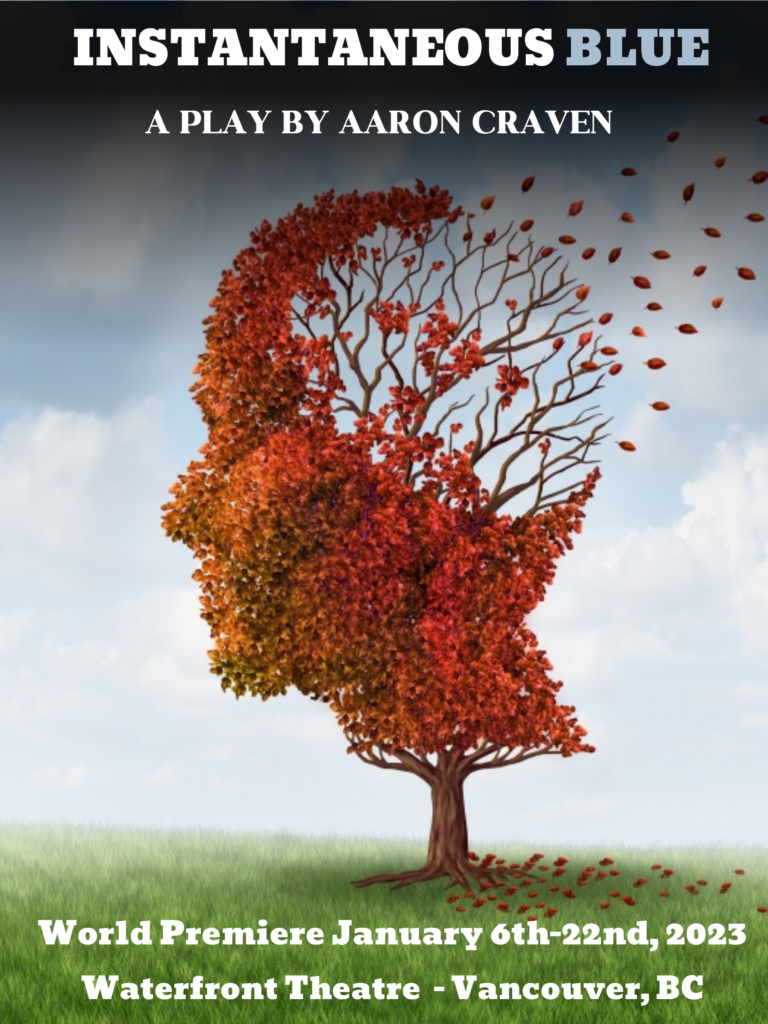 Mitch and Murray Productions recently celebrated our company’s ten-year anniversary with the world premiere of Instantaneous Blue from Friday, January 6 to Sunday, January 22, 2023 at The Waterfront Theatre on Granville Island. The play received an incredible reception from audiences and critics and set the all-time attendance record for our company, with over 1600 patrons through the doors!

Instantaneous Blue, a semi-autobiographical portrait of a family’s struggle with dementia, is writer Aaron Craven’s first full-length play. Both his parents simultaneously fell into decline with dementia and Alzheimer’s. His experience as a member of the “sandwich generation” – a generation of middle-aged people who raise children while parenting their parents – along with his experience as a curator of plays and advocacy work in the world of dementia was the catalyst for creating this new work.

See reviews below and check out some media spots on the play by clicking the links: 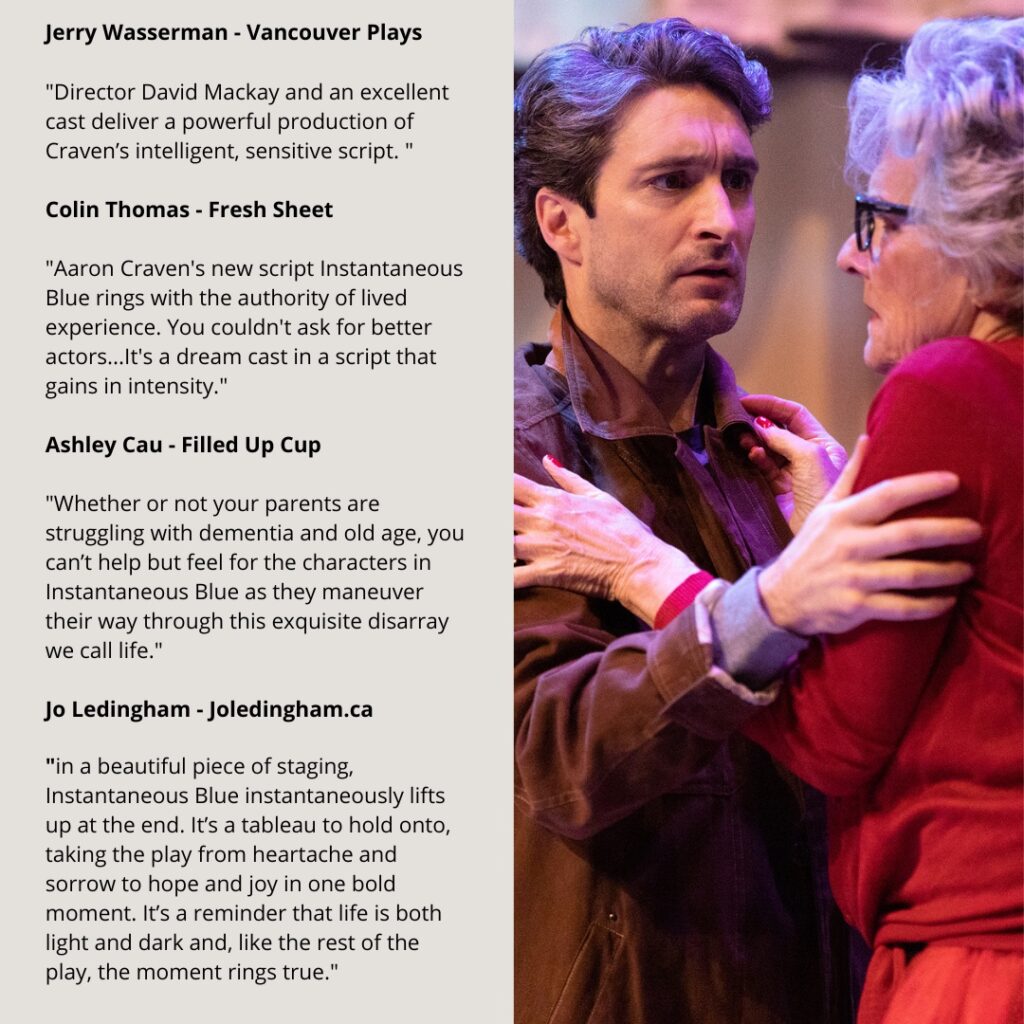 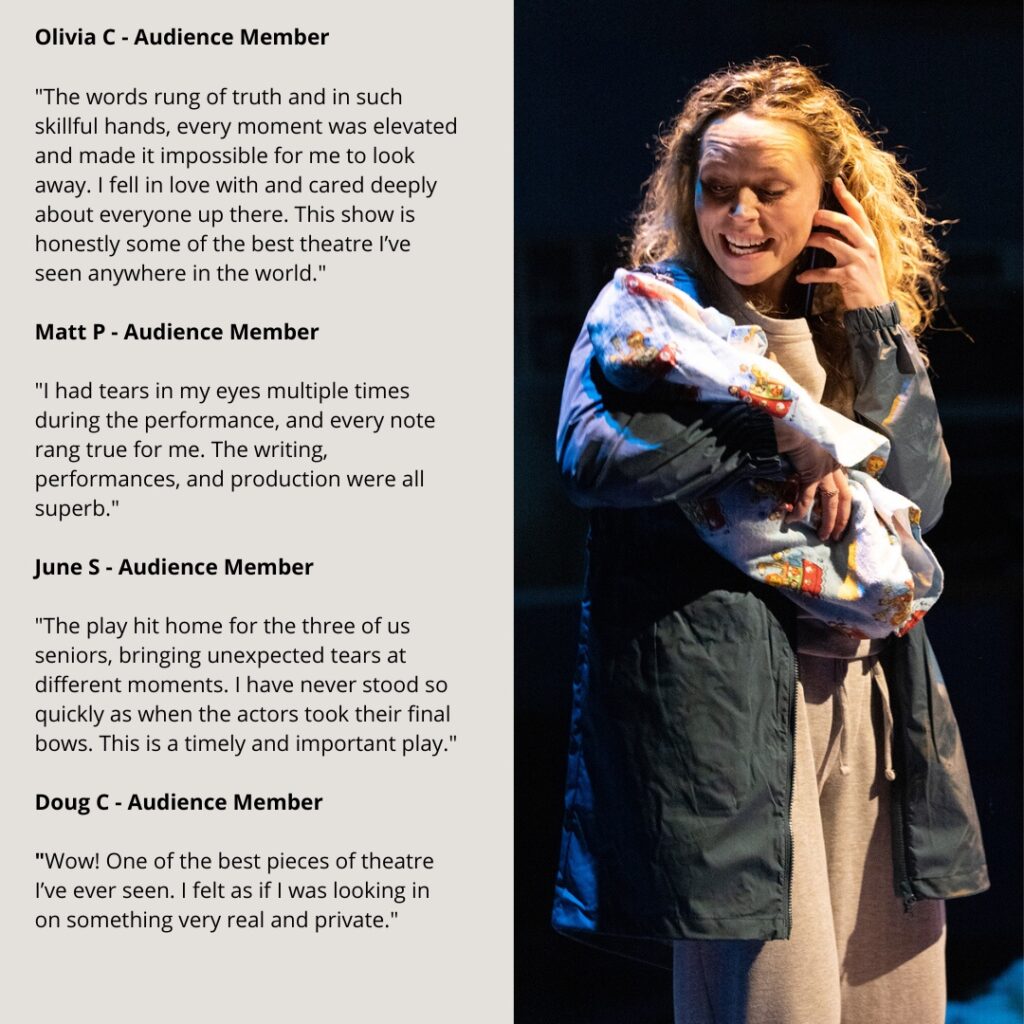 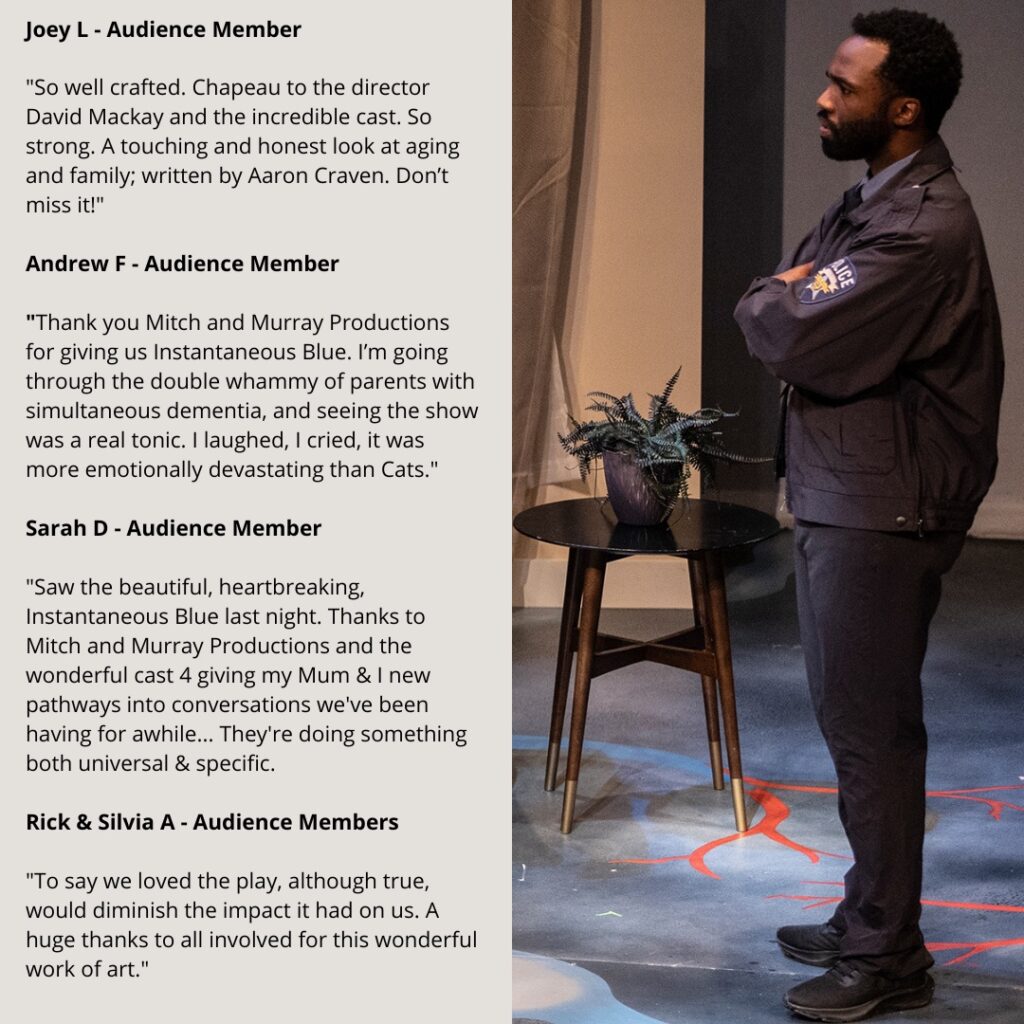 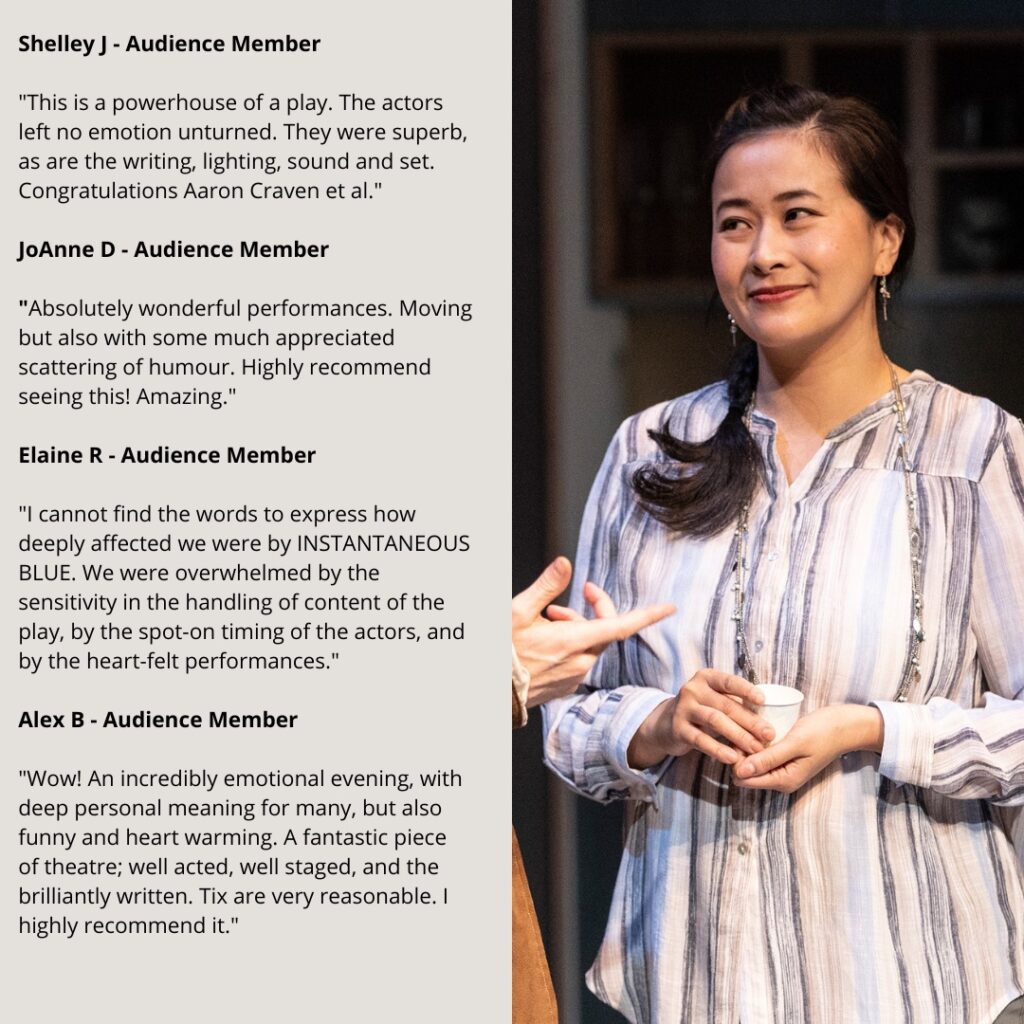