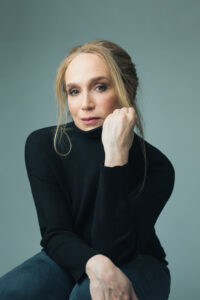 Jennifer Copping is a multiple nominee and winner of awards for her work as an actress over her 30 year plus career. Her passion for performing began at a very young age and she has continued to study and hone her craft as an actor, director , teacher , mentor and theatre creator.

Some career highlights are:*

Film & TV*: (Select) Debris, Riverdale, Once Upon A Mattress; Slither; Becoming Redwood; Supernatural; Fargo; Bates Motel; When Calls The Heart; Mother Of All Lies; Van Helsing; Travellers and the  feature film Rabbit currently airing on Superchannel. Other: Best Actress Leo Award for Becoming Redwood. Instructor  for the Langara College Film Arts Dept. Jennifer has directed many plays and musicals over the past 15 years . Most recently Zastrozzi:The Master Of Discipline; City Of Angels and Good People.

Her proudest accomplishments are her 20 year marriage and two beautiful boys. 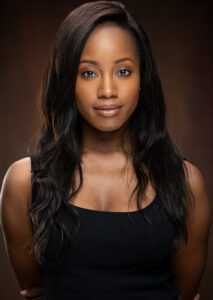 NATASHA BURNETT is delighted to be making her debut with Mitch and Murray Productions, as “Natalie” in Snowflake. She is proud to return to the stage for the first time after spending many years in Film and Television. This show marks a return to Natasha’s roots as she started in theatre at The Younger Generation Theatre Group in London. Natasha played Diana Ross in The Magic of Motown, toured the UK and Europe, not only portraying the iconic Supreme legend, but also taking on the role of a young Michael Jackson during his Jackson 5 days.

After six years in The Magic of Motown, Natasha moved to Australia where she starred in a long-running Cabaret show. Shortly after, Natasha relocated to Canada where she expanded her Film and Television career in shows such as Supergirl, Olympus, ABC’s The Good Doctor, and Sweet Revenge: Hannah Swensen Mystery Series. She also starred in Season One of the award-winning UnREAL. More recently, she returned to the UK to tour with You Win Again: The Story of the Bee Gees. She is currently working on her second season on Hallmark’s most popular series, When Calls the Heart. Natasha’s training includes The Royal College of Music, Sydney Dance Company, and NIDA, Australia, where she attained a certificate in Advanced Screen Acting/Musical Theatre. She dedicates this performance to her mum, who always encourages her to dream big and aim high. 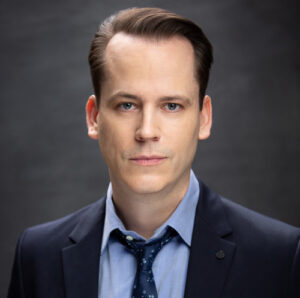 For Mitch and Murray Productions, Aaron has been onstage in previous productions of Lungs, Smart People, Detroit, Speed-the-Plow, Becky Shaw, and Race. He directed Body Awareness in 2019, Sex with Strangers in 2018 and Rapture, Blister, Burn in 2015. Other theatre credits include Wilde Holiday Shorts (Chemainus Theatre) and Gaslight (Hudson Theatre, Los Angeles).  He’s also written a new original play called Instantaneous Blue, which is currently in development. 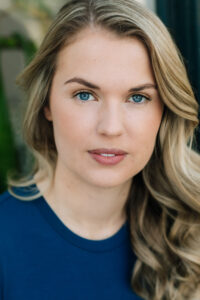 Anni Ramsay is a Vancouver based actor, and a graduate of UBC’s BFA Acting program. She is a recent participant of the Shaw Festival’s Slate Academy Intensive, as well as PARC’s 2021 Playwright’s Retreat. She is thrilled to be joining the Mitch and Murray team for Snowflake. Select credits include: Henry V (Catherine), Lion in the Streets (Christine), David’s Red Haired Death (Jean), and The Shape of a Girl (Braidie). 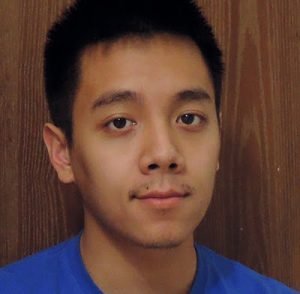 As a lighting designer, Chengyan has most recently been found designing Lungs and Smart People for Mitch and Muray Production as well as China Doll and Yoga Play (Gateway Theatre), Guards at the Taj (SACHA), Hello(Theatre Terrific), Enter Laughing (Theatre in the Raw), The How and the Why and The Turn of the Screw (Aenigma Theatre), and Bombay Black (Raghupriya Society). Here’s to hoping that independent theatres can show the world that live performance is possible, essential and safe during and after our pandemic lives. Chengyan is an associate member of the Associated Designers of Canada and a graduate of UBC’s BFA Theatre Production and Design program. Design portfolio at chengyanboon.com. 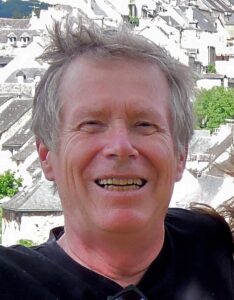 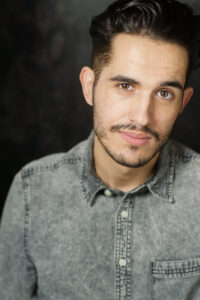 Matthias is a creative from Nanaimo, BC. Raised in a Hungarian refugee home, hard work and ambition were instilled at a young age, thus, fueling his relentless creativity into his passions for storytelling. Completing his BBA in four years at Vancouver Island University on the Dean’s List, Matthias promptly moved to Vancouver to pursue his music career. It was here, rehearsing with local Vancouver acts, that he was accepted into Studio 58’s Acting Program, taking him down a lucrative path. During his stay in the basement of Langara College, Matthias performed in six main stage shows and received praise in his acting, writing, and sound designing capabilities receiving the Anthony Holland Award and the Studio 58 Writing Award for his first fully produced one-act play Freedom ’56. 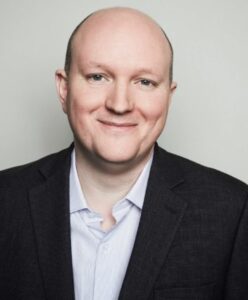 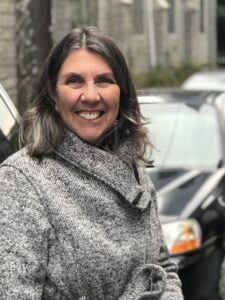 Susan is a BC based Stage Manager working in the industry for … a few years.