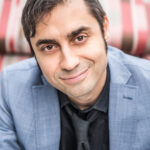 Michael is a theatre maker who works in both Canada and the USA.  He is the Artistic Director of Vancouver’s November Theatre, producers of the award-winning tour of The Black Rider. With November Theatre, Michael wrote and starred in the cult classic Hard Core Logo: Live (PuSh Festival); wrote and directed Ana at Hive 3 (2010 Vancouver Cultural Olympiad); directed the NY premiere of ILSA Queen of the Nazi Love Camp (Medicine Show Theatre); directed the world premiere of the punk rock opera Baby Fat (La MaMa, NY) and developed Carmen Aguirre’s new play with Music by Shad Anywhere But Here.

Directing credits include As You Like It (Studio 58 / Langara College); Born Yesterday (Ensemble Theatre Company); Uncle Vanya (Medicine Show Theatre, NY); A Midsummer Night’s Dream (Colonial Theatre of Rhode Island); Humanity and No (Persephone Theatre); I Love You You’re Perfect Now Change (Arts Club Theatre); 5 Women Wearing the Same Dress (Presentation House); and Mitch and Murray’s inaugural production: Neil LaBute’s Fat Pig (for which he was nominated for Jessie Award).  As Artistic Associate at the Globe Theatre (Canada), he directed David Greig’s Midsummer and programmed a season of new work in their Sandbox Series.  Michael received his MFA in Directing at Columbia University in NY (where he was the Faculty Assistant to visionary director Anne Bogart), and recently finished teaching Acting and Directing at Arizona State University where he directed the world premiere of Indian School. 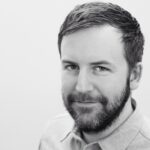 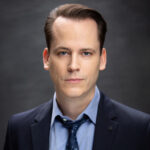 For Mitch and Murray Productions, Aaron has been onstage in previous productions of Smart People, Detroit, Speed-the-Plow, Becky Shaw, and Race. He directed Body Awareness in 2019, Sex with Strangers in 2018 and Rapture, Blister, Burn in 2015. Other theatre credits include Wilde Holiday Shorts (Chemainus Theatre) and Gaslight (Hudson Theatre, Los Angeles).  He’s also developing a new original play for Mitch and Murray Productions, Instantaneous Blue, based on his personal experiences having two parents with Alzheimer’s and dementia.

A busy Film/TV actor, Aaron splits time between Vancouver and Los Angeles. Credits include the TV series NCIS, iZombie, The Bletchley Circle, Somewhere Between, Aftermath, Travelers, The Flash, Castle, Ties That Bind and the features Big Eyes, The Predator, The Age of Adaline and The Day The Earth Stood Still.

Aaron also coaches professional actors weekly in a renowned acting class at The Working Actors Gym, where he offers a yearly scholarship to emerging actors under the age of 25. 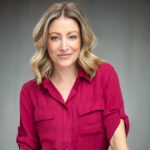 This is Kate’s first show for Mitch and Murray Productions. Previous theatre credits include Bull (Made it Ma Productions), The Money Shot (A MPD Collective), Here to Eternity (Company E), Chicago, Les Miserables (NTC), Othello, Oliver Twist, All at Once (STS).

Recent credits include guest star and recurring roles on The Good Doctor, Loudermilk, Batwoman, Chesapeake Shores, When Calls the Heart, Motive, Cedar Cove with leading roles for films Nutshells, Aurora Teagarden Mysteries, Christmas on the Vine, My Birthday Boyfriend, Message in a Bottle, Sweet Baxter Mountain, The Girl in the Bathtub, Homegrown Christmas, Murder She Baked, A Heavenly Christmas.

Kate is also a burgeoning writer and is currently developing two screen-plays (Autumn Falling, A Royal Christmas Wish), stage-play (If Not Now) and a series for television (Nightingale). 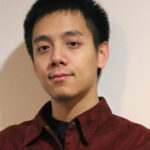 Chengyan is delighted to be back with Mitch and Murray for the first time since his debut with the company on Smart People! As a lighting designer, Chengyan has most recently been found designing China Doll and Yoga Play (Gateway Theatre), Guards at the Taj (SACHA), Hello(Theatre Terrific), Enter Laughing (Theatre in the Raw), The How and the Why and The Turn of the Screw (Aenigma Theatre), and Bombay Black (Raghupriya Society). Here’s to hoping that independent theatres can show the world that live performance is possible, essential and safe during and after our pandemic lives. Chengyan is an associate member of the Associated Designers of Canada and a graduate of UBC’s BFA Theatre Production and Design program. Design portfolio at chengyanboon.com. 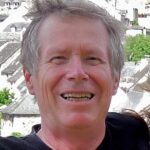 David is a multiple Jessie winner and member of The Associated Designers of Canada. 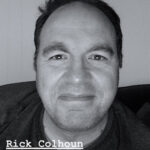 Rick’s music and sound career began in the late 80’s at the legendary ‘Little Mountain Sound’ recording studios. From there he moved on to another iconic studio, ‘Le Studio’ in Morin Heights Quebec. In the early 90’s Rick helped form a music group called ‘Hokus Pick’ and for the next 13 years they toured all over Canada, the USA, and parts of Central and South America. This is where Rick was able to work on his songwriting and producing. At some point in the late 90’s Rick was asked to play drums for a show at Pacific Theatre and as they say, the rest is history. Rick fell in love instantly with the theatre and got involved any chance he could. With a background in engineering, songwriting, producing, and performing….sound design for theatre seemed a fitting next step.

2019/2020 was a successful theatre season for Rick. With 3 Jessie Award Nominations and one win for sound design for Frankenstein, Lost In Darkness at Pacific Theatre. 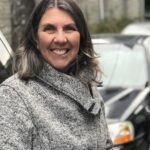 Susan is a BC based Stage Manager working in the industry for … a few years.

…to name a few