Mitch and Murray Productions’ next show is the Vancouver premiere of Actually by Anna Ziegler. Presented by The Firehall Arts Centre. Tickets at firehallartscentre.ca

The story: Two college students spend a night together that alters the course of their lives. They agree on the drinking, they agree on the attraction, but consent is foggy, and if unspoken, can it be called consent? With lyricism and wit, ACTUALLY investigates gender and race politics, our crippling desire to fit in, and the three sides to every story.

Actually is directed by Michael Scholar Jr. and features actors Nikki Elek and Andrew Creightney, who we welcome to the company as performers for the first time.

“CRITIC’S PICK! Psychologically complex and politically charged, with energy and urgency…Ziegler’s meticulously detailed script is more than occasionally funny, despite its serious themes.” – Time Out NY

“[A] darkly comedic, compellingly dramatic look at sex, race, gender and booze…riveting throughout…Edgy, thought-and-laugh-provoking, and never less than absorbing, Actually is as button-pushing a play as you’re likely to see all year.” – StageSceneLA.com. 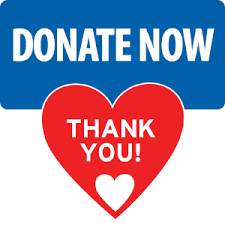